My Top 10 (Kick-butt) Women of Sci-Fi and Fantasy

Posted on August 6, 2014May 8, 2020 by Kylie Fennell
In previous blog posts I have mentioned how I often get inspiration from my favourite films and TV shows.
Since I focused on my top 10 male stars of fantasy and science-fiction last time, I thought it was only fair that this week I featured ‘kick-butt’ women.
So here are my Top 10 women from fantasy and science-fiction.
1. Trinity, The Matrix 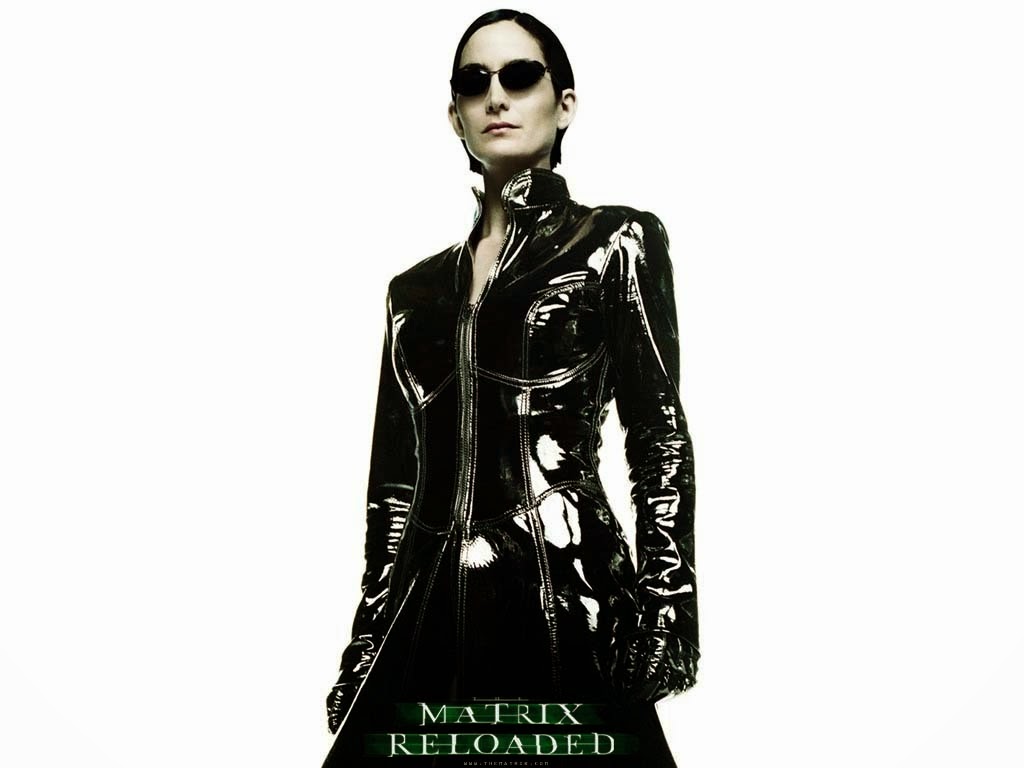 Carrie-Anne Moss plays Trinity in the Matrix, and Neo’s (Keanu Reeves) love interest.
When Neo learns that humans are living in a simulated reality called ‘The Matrix’ created by machines, he joins a rebellion to free people from the dream world.
Trinity guides and protects him through this journey, with some seriously kick-butt acrobatic actions and extreme stunts.
Even if she wasn’t as awesome in the physicality of her scenes, you would still give her kudos for some seriously tight black leather outfits, that she totally pulls off.
2. Katniss Everdeen, The Hunger Games
Jennifer Lawrence plays Katniss Everdeen in the Hunger Games films based on the best selling book series.
In the dystopian nation of Panem the wealthy Capitol punishes poorer districts for a past rebellion by forcing them to nominate two ‘tributes’ to compete in the televised Hunger Games – a fight to the death. 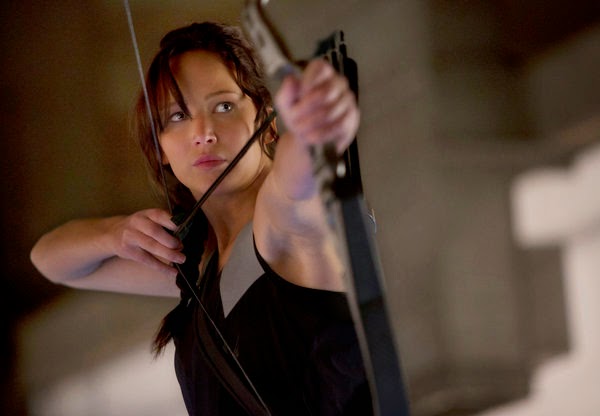 The tributes are decided via a lottery and Katniss volunteers when her younger sister Primrose is initially drawn.
Katniss is fiercely loyal, courageous and shows amazing ingenuity to outsmart the Capitol and win the Hunger Games while saving male Tribute Peeta Mellark, a boy her age from the same village.
On top of that, she is deadly accurate with a bow and arrow and doesn’t flinch when wearing a dress on fire. Well deserving of the second spot on this list.
3. Princess Leia, Star Wars 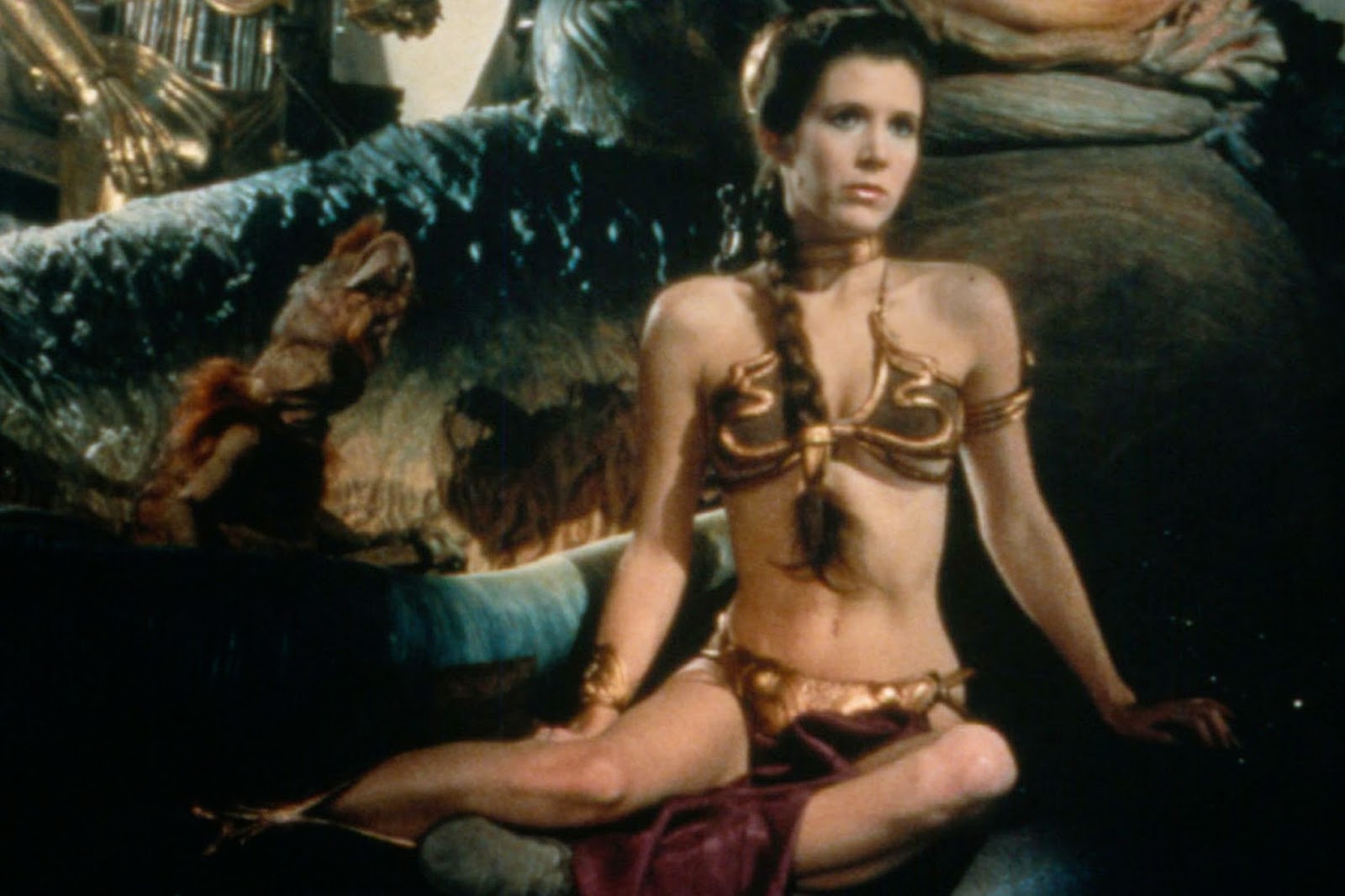 Carrie Fisher plays Princess Leia Organa of Alderaan, and a leader in the Alliance and succeeding galactic governments to defeat the evil empirical forces.
Princess Leia is as adept at using a blaster gun as she is at diplomacy. She doesn’t suffer fools lightly and doesn’t have any time for anyone unless they will help her on her quest.
She cuts down Han Solo and his sarcastic wit in an instant. She is fearless and somehow makes a side bun hairdo look sexy. And who could forget how she gets the better of Jabba the Hut while wearing one of the skimpiest, iconic outfits of all time.
4. Buffy Summers, Buffy the Vampire Slayer
I don’t have anything against vampires, but I have to give a big high five to Sarah Michelle Gellar for her lead role in Buffy the Vampire Slayer.
The series narrative follows Buffy Summers, the latest in a line of young women known as Slayers as they battle against vampires, demons, and other forces of darkness. Buffy looks like the (pretty) girl next door but in reality is an unstoppable fighting machine. She manages to combine strength and agility with likeability.
5. Galadriel, The Lord of the Rings 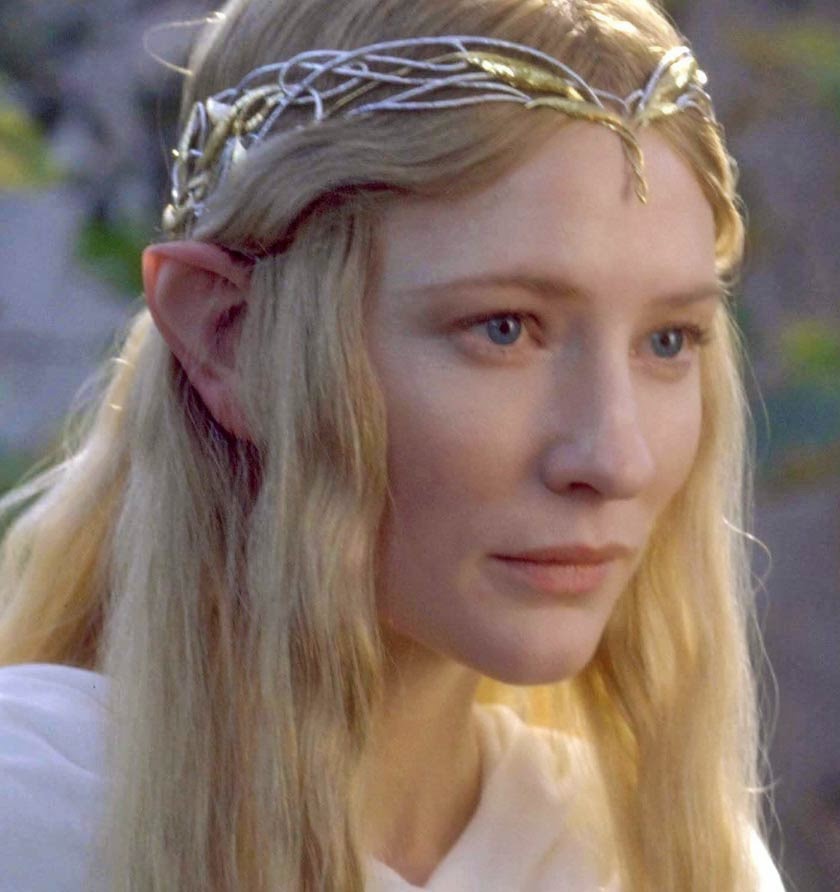 Cate Blanchett magnificently portrays the elf Galadriel in The Lord of the Rings.
Galadriel, the Lady of Light, was a royal Elf and described as ‘the mightiest and fairest of all the Elves that remained in Middle-earth’.
She possesses mysterious magical powers and is all grace, beauty and etherealness will being a little bit scary and intimidating.
Galadriel and her powers pop up just when the Hobbits and the Fellowship of the Ring need them.
If only we could all leave everyone just as awestruck.
6. Éowyn, The Lord of the Rings
Miranda Otto plays Éowyn, a daughter of the House of Eorl and the niece of King Théoden.
As a child Éowyn dreams of going into battle and defending her uncle’s realm and getting justice for her father who was killed fighting orcs. 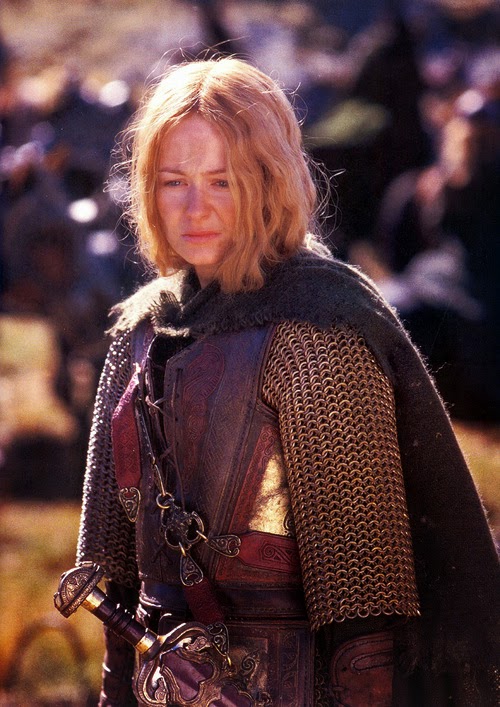 As a female, she is obliged to take on the role of nurse to her uncle. When her uncle recovers from his illness and goes to war, she is reminded that her duty is with her people and that she must shoulder the responsibility of ruling Rohan in Théoden’s stead.
Instead she disguises herself as a male warrior named Dernhelm to fight beside Théoden in the Battle of the Pelennor Fields.
During the battle, she is confronted by the Witch-king of Angmar, The Witch-king boasted that ‘(no) living man may hinder me’. Éowyn then removed her helmet and declared: ‘But no living man am I! You look upon a woman’.
Éowyn then goes on to defeat the Witch-king. Legendary!
7. Tris Prior, Divergent 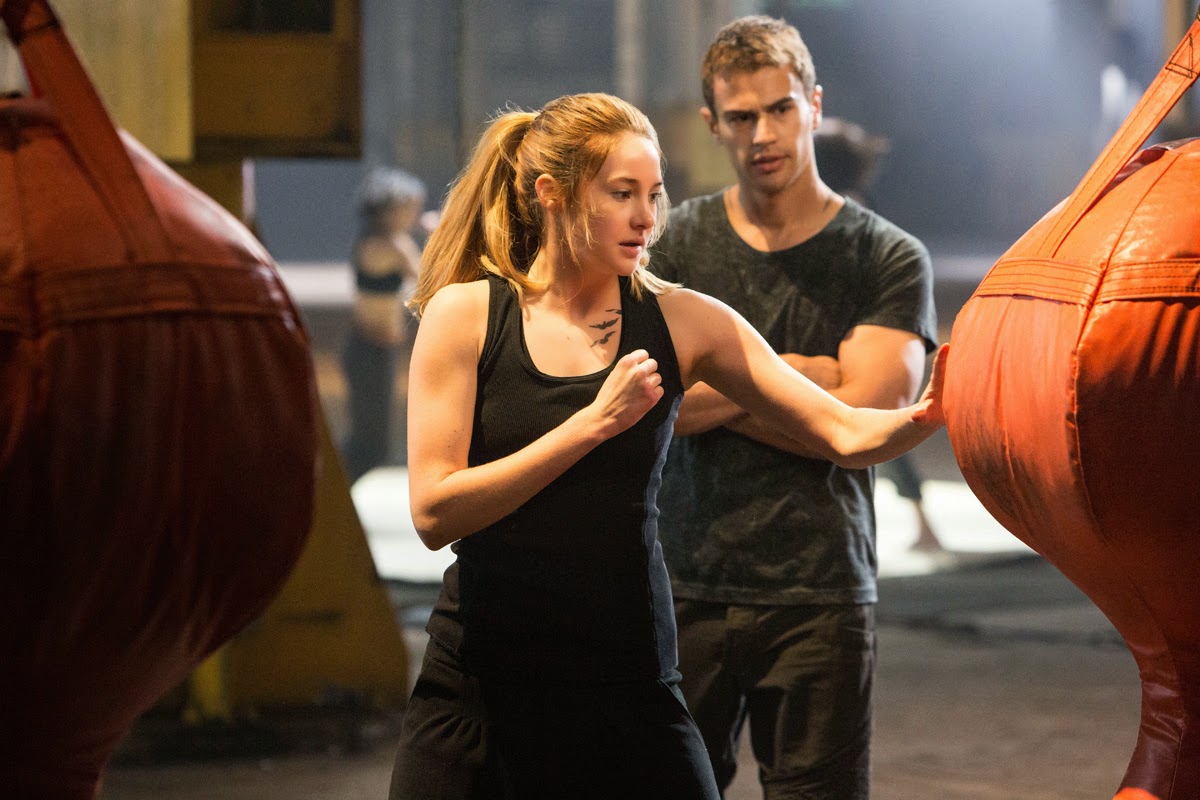 Shailene Woodley plays Beatrice ‘Tris’ Prior in a dystopian post-apocalyptic version of Chicago, where people are divided into distinct factions based on human virtues.
Tris discovers she is Divergent, which means she will never fit into any one of the factions. As she navigates her way through figuring out who she is, she participates in a gruelling training regime under the steely gaze of Four, another Divergent.
They discover a sinister plot that threatens to upturns the seemingly perfect society and together they step-up to prevent the worst from happening.
Tris earns respect for her never give up attitude.
8. Black Widow, The Avengers
It may not fit in the typical sci-fi or fantasy genre, but The Avengers boasts one of the coolest heroines in my books.
Scarlett Johansson plays Natasha Romanoff/Black Widow. She makes up for the fact she is one of only two members of the group who don’t have superpowers, by being a super charged warrior. 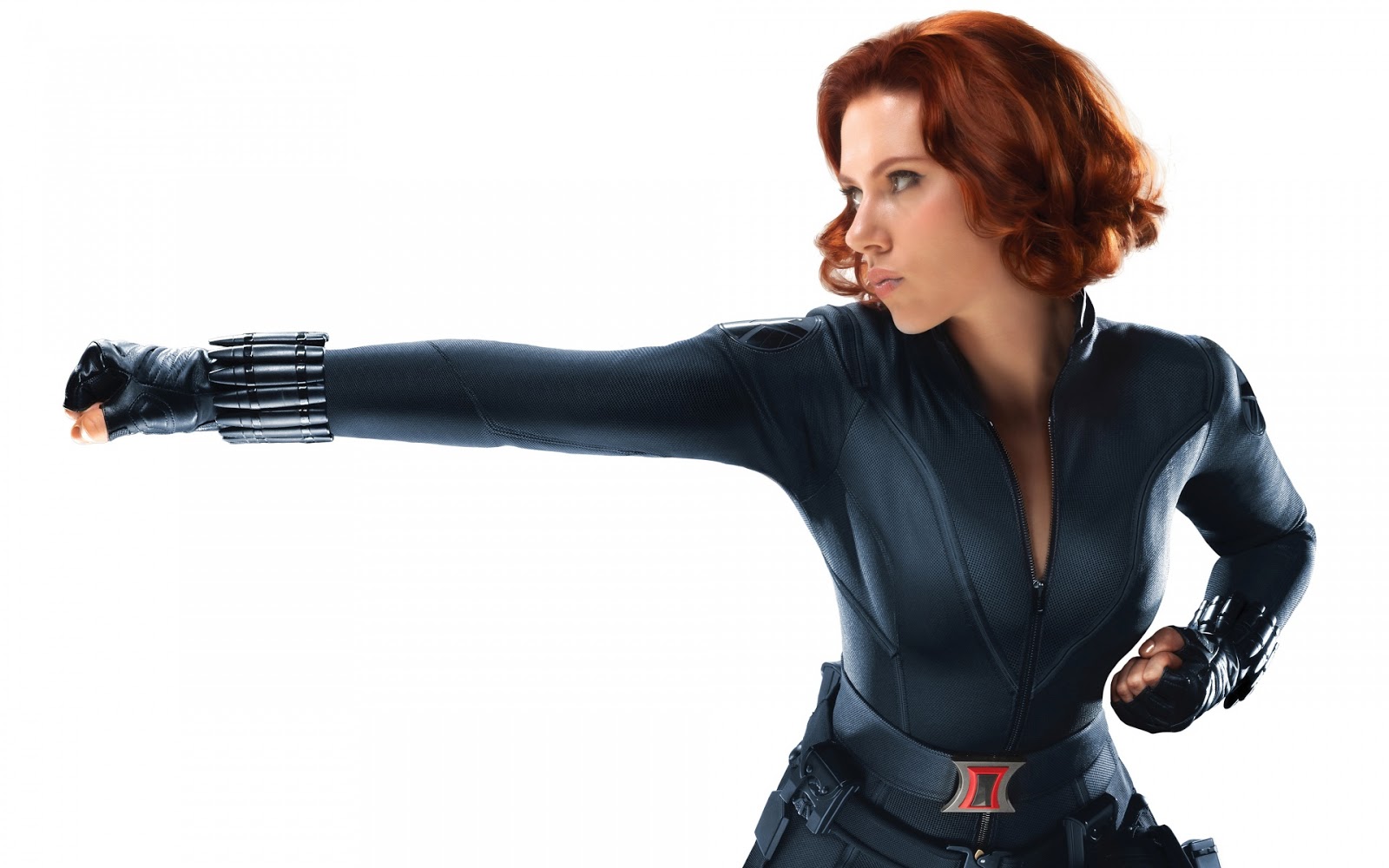 The Black Widow is a highly trained spy who ensnares and seduces her prey before launching kick-butt fight moves and stunts while donning a curve-defying skin tight jumpsuit.
9. Sarah Williams, The Labyrinth 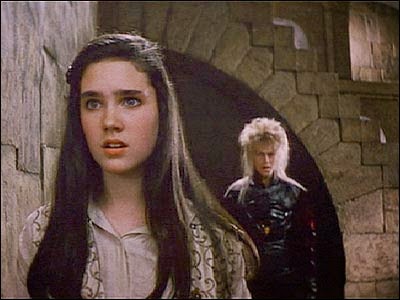 Jennifer Connelly plays teenage girl, Sarah Williams, in a quest to save her baby brother from the Goblin King, Jareth (David Bowie).
Somehow she manages to resist Jareth’s magical powers and seductive words, to win victory, declaring ‘You have no power over me’.
Cute and strong-minded. She has to admired for not falling under David Bowie’s spell.
10. Alice, Alice in Wonderland
Lewis Carroll’s Alice from Alice’s Adventures in Wonderland has to be one of the original fantasy heroines.
Alice falls down a rabbit hole into a fantasy world populated by peculiar creatures such as the Cheshire Cat and the Mad Hatter.
She takes on the formidable Queen of Hearts and every curve ball or flamingo thrown at her. 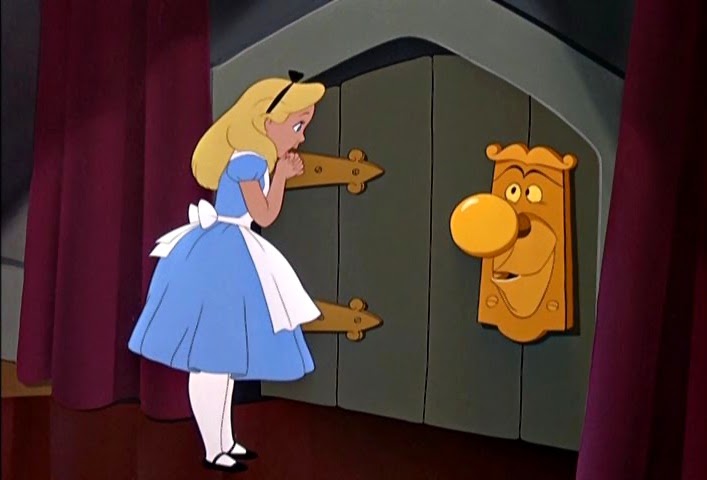 Curiouser and curiouser, she soliders on until finally returning to the real world.
Wouldn’t we all like to fall down the rabbit hole to have an adventure just like Alice? I know I would.

Check out my related blog post featuring my Top 10 Men of Sci-Fi and Fantasy.

***UPDATE*** This list wouldn’t be complete without my gal Wonder Woman. So let’s consider it a top 11.