Look at meme! When you want ‘viral’ attention

Posted on October 3, 2014March 10, 2020 by Kylie Fennell
Who doesn’t love a great meme.
In the world of social media marketing a planned meme that goes viral is the holy grail.
Not convinced? Not sure what I’m talking about? Don’t worry you’re not alone.
The thing is you probably already know what a meme is without realising it.
Maybe you’ve seen a funny ‘grumpy cat’ picture or ‘success kid’ (the adorable toddler, clenching a fistful of sand in his little toddler hand) and had a good old chuckle. These are two of the most prolifically shared images used to create memes on the internet.
So what exactly is a meme (‘meem’). According to wikipedia an Internet meme is an activity, concept, catchphrase or piece of media, which spreads, often as mimicry, from person to person via the Internet. It may take the form of an image, hyperlink, video, picture, website, or hashtag. It may be just a word or phrase, including an intentional misspelling. These small movements tend to spread from person to person via social networks, blogs, direct email, or news sources.
An internet meme has evolved from the original term meme “an idea, behaviour, or style that spreads from person to person within a culture”.
A meme often uses a recognisable image associated with a particular feeling or catch-phrase that has been altered or added to for humorous purposes. 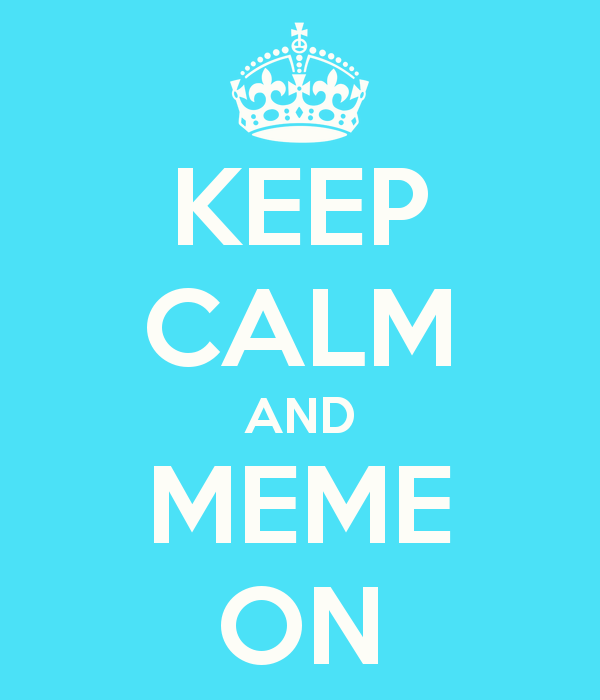 Memes can help meet a number of marketing objectives, primarily social media engagement, search engine optimisation and brand awareness.
In its simplest form, a meme is usually funny, making it great fodder to share on social media. If it is entertaining enough it is likely to encourage social media engagement via likes and shares.
Just make sure you pick the right kind of meme. That is, one that is likely to connect with your stakeholders and unlikely to offend them or most people (remember you are hoping it will go viral, so try to be entertaining without being offensive).
If the meme relates to your business or industry or something topical in the news, even better.
Another great thing about memes is that they are often images or video, making them ideal for a number of social media platforms, ranging from blogs to YouTube to Pinterest. The use of images and video can also increase search engine optimisation.
Having a great meme can also create brand awareness, especially if you can brand it in someway, include a watermark or link it back to your sites or pages.
Overtly branded memes can be hard to pull off but when done successfully they can inspire thousands of user-made tributes, adaptations and unique creations that generate brand impressions for years.
Here are some great examples of branded memes.
You can share existing memes found on the Internet or you can create your own using sites such as memegenerator.net or www.keepcalm-o-matic.co.uk
Just remember though to check the terms of use for any potential copyright issues and commercial use restrictions. Just because an image or meme is available on the Internet doesn’t necessarily mean it’s fair game. The most popular meme generator sites tend to use images that are considered as being in the public domain or out of copyright, but you should always check.
Another type of meme that is gaining serious traction is the animated gif and reaction gif.

An animated GIF (Graphics Interchange Format) file is a graphic image on a web page that moves. An animated GIF can loop endlessly (and it appears as though your document never finishes arriving) or it can present one or a few sequences and then stop the animation.
A reaction gif is a physical or emotional response that is captured in a gif, which you can link in response to someone or something on the Internet. For example, if you want to share a feeling of ‘Noooooo!’ then you choose an animated gif that clearly displays this reaction.
The one shown is a ‘Thumbs Up’. For example you could create a social media update about reaching a particular sales target and attach the ‘Thumbs Up’ gif to reinforce that feeling.
Specific text can also be created to accompany a reaction gif. Using the ‘Thumbs Up’ example again, you could overlay a sentence or create a caption like “the feeling you get when you meet your sales target”.
Just one of the many sites you can use to create and share reaction gifs is http://www.reactiongifs.com/
You don’t need any particular IT skills to create a meme, just a sense of humour and some basic marketing nous.